In the context of the Human Rights Week (HRW) at FHWS a cooperative lecture with the 3IN-partner university VID in Norway took place on December 10th, 2021 – which is also the international day of Human Rights! Under the headline of “The protection of fundamental rights in the European Union – current challenges and developments” over 150 people were gathered in the webinar. The participants were able to listen to three very interesting and insightful lectures by lecturers of FHWS and VID Specialized University.

Find out more about the 3IN project at FHWS.

Stefanie Witter of FHWS hosted the session with support of the main coordinator of the HRW, Prof. Dr. Theresia Wintergerst. On the panel they welcomed Prof. Dr. Achim Förster and Tim Schilderoth of FHWS as well as Mateus Schweyher and Carola Lingaas of VID in Norway.

After a short introduction of the 3IN alliance by Stefanie Witter, the participants got a glimpse of different topics concerning the protection of fundamental rights in the EU.

Mateus Schweyher, a PhD research fellow at VID University in Norway, gave the first input. His research dealt with social protection of EU migrants from a sociological perspective on the welfare state. It started off with the question why there are so many homeless labour migrants in Oslo. Mateus Schweyher did his research by visiting different night shelters and soup kitchens in Oslo as well as advice centers where he conducted interviews with migrants and NGO workers. His focus was on work migrants from Poland as he also speaks Polish and many of the migrants in need of welfare support speak neither Norwegian nor English. Thus, his language skills were helpful for his research. The topic was introduced with the story of Marcin, a work migrant from Poland who ended up in exploitative work conditions in Norway. This means he received irregular payment, forcibly worked overtime without reimbursement and did not receive any sick pay after an injury. Marcin ended up living in the streets of Oslo after he left his employer and thus also got kicked out of his accommodation, as this was provided by the employer. When his applications for financial support were rejected, he decided to return home to Poland at some point. On the example of Marcin, Mateus Schweyher illustrated the difficulty of the welfare state as the individual’s right to support is strongly connected to the state itself. Based on the theoretical model of Marshalls concept of citizenship from the 1950s, Mateus Schweyher illustrated the difficulties that arise for EU labour migration, even though there is the idea and a European directive that gives EU migrants the right to also access welfare services in other European member states, thus giving the idea of a European welfare state. He concluded that those, who are working at well-paid jobs and have safe working environments, also have the right to welfare support, while those migrants, who end up in precarious and unstable working conditions cannot rely on a safety net and might fall into destitution. This system might push people into exploitative employments and has an effect on the functioning justice system as those who are affected most likely do not have the financial resources to take their employer to court and fight for their rights. In this sense, a welfare support system that is needs-based results in consequences not just for individuals, but also for the wider society. 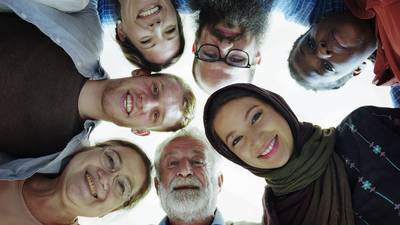 Pushbacks at the EU external borders

Tim Schilderoth introduced a very recent issue to the audience as he talked about pushbacks on the EU external border of Poland and Belarus where thousands of migrants tried to survive on the Belarusian side of the border, hoping to enter the EU through Poland. The Belarusian regime under Alexander Lukaschenko issued 15-day visa to migrants who were, after arriving in Minsk, transported to a border village where minimum shelter and water was provided. The conditions were especially bad in the middle of November and improved a bit since then. Many people used to sleep in improvised tents and shelters, some just in sleeping bags and there was nearly no humanitarian help existing. At lest 24 people have died on the border so far, among them a 1-year-old Syrian child. From a human rights perspective, the question why people cannot cross the border to seek asylum remains unanswered. Polish law prohibits entering the country in other places than border crossings. Due to a change in the Polish law during the Covid-19 pandemic, asylum seekers are not allowed to enter Poland at border crossings though. This way, Poland tried to legalize pushbacks at its external borders. Tim Schilderoth explained to the audience how this is a violation of human rights, especially of Art. 3 ECHR (prohibition of torture) and Art. 4 of Protocol No. 4 to the European Convention of Human Rights (prohibition of collective expulsion of aliens). For Poland Covid-19 served as an excuse to close its borders, but in doing so, it violates several articles of the ECHR. Generally, individual circumstances need to be examined by national authorities before people can be sent back to third countries. Pushbacks are not just a problem that happened recently, but they are a structural problem that has been existing in the Mediterranean Sea for years. Eventually, Tim Schilderoth gave a comprehensive and critical overview of the current situation on site.

“Hate speech and discrimination of the Sámi in Norway: Legal responses and responsibility” 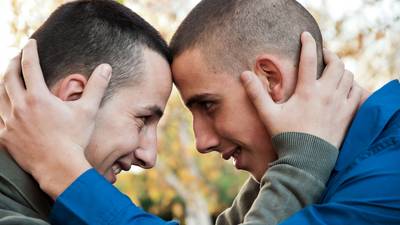 Carola Lingaas of VID gave the third input of the session. Her presentation was based on an article she published in the Oslo Law Review. In her presentation she outlined legal responses of the Norwegian legal system to racial discrimination of the Sámi population. Drawing on the historical evolution of racial discrimination through social Darwinism and the missing acknowledgement of the Sámi as an indigenous population, she illustrated the creation of many stereotypes and biases. This racialised view of the Sámi can still be found in the Norwegian society today. Introducing a legal case where a hateful comment, including stereotypes and biases that was published on Facebook was reported to the police by a Sámi, Carola Lingaas explained the court procedure and legal consequences it had for the author and perpetrator who was sentenced to prison and got a fine as well. This happened in 2019 and was the first judgement before a Norwegian court that dealt with hate speech against the Sámi ever. It is a clear warning signal by the Norwegian jurisdiction that hate speech will not be left undocumented but is a crime and will thus have legal consequences. While only 3.5% of the Norwegian population have experienced discrimination, the number of those experiences amounted up to 35% for the Sámi population in 2020. Thus, the example case that Carola Lingaas introduced was not an isolated case and can function as an example that hate speech will not be ignored but will entail legal consequences. According to the jurisprudence of the ECHR, Carola Lingaas mentioned, discrimination that is based on biases is a violation of Art. 14 ECHR (right to protection from discrimination). In the end, she concluded that next to the need for hate speech to be reported as hate crime, there also needs to be more training in law enforcement and other national authorities dealing with these issues. Additionally, there is a need for stronger awareness that hate speech is in fact illegal and more general education within society about this topic. Hate speech builds on thoughts from 100 years ago, but this way of thinking still lingers within society today.

After every one of these elaborate inputs, the audience got the opportunity to go into a discussion with the lecturers on these very important matters. The given insights gave a look to Human Rights violations in Europe from both, sociological and legal perspectives and pointed out that this issue is, in fact, a European and Universal matter.